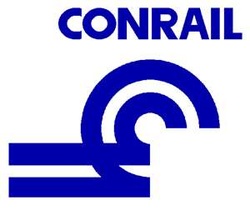 The main focus of the PML is Conrail. This railroad features a two track mainline from Pittsburgh to Johnstown on our layout. The two ends connect in lower level staging to allow for continuous running or point-to-point operation. This mainline will host a sampling of the typical trains of Conrail's Pittsburgh Division in the early 1980s including mixed freights, locals, intermodals, coal drags, and Amtrak's Broadway Limited, to name a few.  During this era, cabooses were in service, Conrail's fleet was becoming increasingly blue though some predecessor's paint remained, and freights included a varied mix of colorful cars from the past as well as more modern designs.  A classification yard will be located in Pitcairn. From this yard, Conrail will send out locals to service various industries in addition to interchanges with Chessie, Union RR, Allegheny Valley Railroad, and Turtle Creek Industrial Railroad.  The result of all this freight gives our representation of Conrail's Pittsburgh Line a reason to exist and guides our operating sessions. 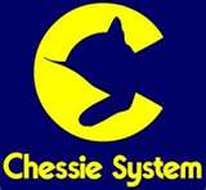 The PML will include a small portion of the Baltimore & Ohio's Somerset and Cambria branch. This branch runs from lower-level staging representing Rockwood, PA to the top level in Johnstown.   Chessie (B&O) will serve several small industries as well as a large mine in Johnstown. Chessie interchanges with Conrail at East Conemaugh. 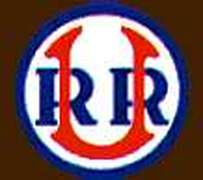 Union RR is a shortline railroad owned by United States Steel that serves the steel industry in Pittsburgh. On the PML it will serve Clairton Coke Works, Edgar Thomson Works (steel mill), Irvin Works (rolling mill), and interchange with CR and B&LE. The Hall Station Shops (Union's maintenance facility) will also be included.  Our space allotted for URR will only give a glimpse into this complex shortline, but we hope to depict the whole steel-making process through our operations. 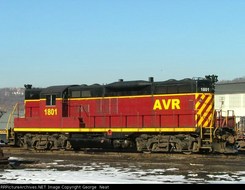 Photo - George Neat
The Allegheny Valley Railroad is a shortline railroad started in 1992. Although the PML is based on the 80's, this railroad will still be included. This shortline was formed to serve a former Conrail branch to New Kensington along the Allegheny River, former Conrail trackage in the Strip District, and a B&O branch to Washington, PA.  The PML will only include the AVR interchange with Conrail at Island Avenue Yard on Pittsburgh's North Side, the trackage rights over Conrail to Homewood Wye (Brilliant Cutoff), and AVR's rails in Oakmont and the Strip District.  Two interesting customers of the AVR are Daily’s Juice Products in Verona and the Sun Oil Terminal in Lawrenceville which will both be depicted on our layout.  Both generate lots of tank car traffic; the former ones of corn syrup and the latter petroleum products.  With the addition of just a few industries, it is easy to add AVR to the layout and add the interest of interchanging with another railroad.

The B&LE is a regional railroad that runs from Conneaut, OH to North Bessemer, PA . On the PML, the interchange yard in North Bessemer between Union and the B&LE will be modeled. This yard will fulfill the prototype's role of delivering iron ore to URR for the steel industry.

Amtrak provides intercity passenger service for the United States. For the most part, Amtrak operates on freight railroad tracks. On the PML, Amtrak will operate the Pennsylvanian (daily Pittsburgh to New York City) and the Broadway Limited on the Conrail Main. These trains both existed in the early eighties and will follow prototype schedules.  Stations will be located in Pittsburgh, Wilkinsburg, Pitcairn, Latrobe and Johnstown.

The Port Authority Transit, or PAT, operates the buses and light rail in Pittsburgh. PAT will run the PATrain on the Conrail mainline and PCC streetcars in a few areas of the PML.  The prototype PATrain was a short-lived commuter train operated on B&O rails from Versailles to Pittsburgh.  We will alter its route though to traverse the Conrail mainline.