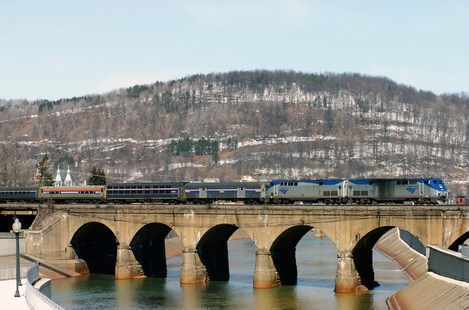 Photo - Darryl Rule
Johnstown is at the east end of the PML. Chessie will serve many industries in Johnstown including a mine, scrap yard, Johnstown Chemical, cement plant, Acme Food Warehouse and Cambria Iron Works.  Also, Chessie and Conrail will interchange here. Amtrak will have a station in Johnstown. 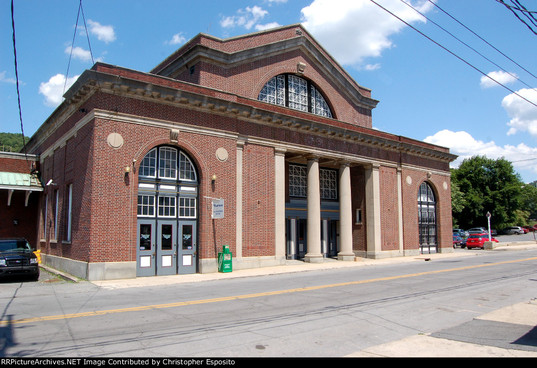 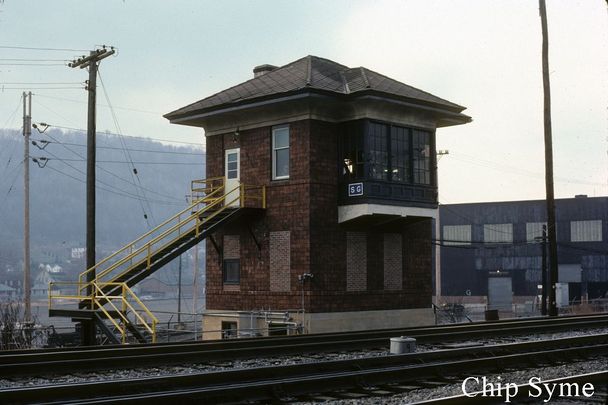 SG interlocking tower at milepost 277.3 in Johnstown. The tower was closed on February, 22nd 1985 so it might get put on the layout. Thanks to Chip Syme for the information and photo!

SG interlocking controlled from SG tower in Johnstown. Click for a larger image. Thanks to Chip Syme for this diagram. 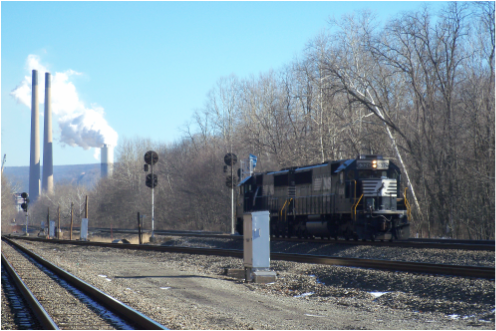 A helper set in New Florence going over the crossovers for CP CONPIT. You can see the power plant in the background.
The Conemaugh Generating Station will be in New Florence. It will include a rotary dumper, coal pile, two cooling towers and a boiler building. 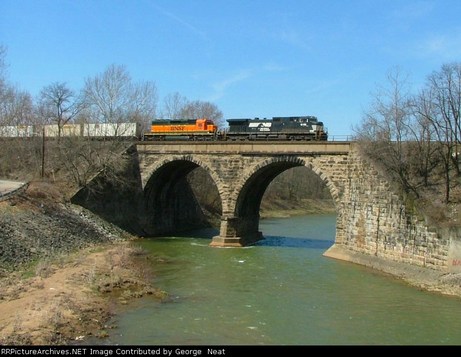 Loyalhanna Viaduct in Latrobe Photo - George Neat
Latrobe will include a downtown scene, Rolling Rock brewery, a lumber supplier and a classic PRR stone viaduct over the Loyalhanna. There will also be an Amtrak station here that is now DiSalvo's Station Restaurant (http://disalvosrestaurant.com), a wonderful place to eat with a railroad theme. 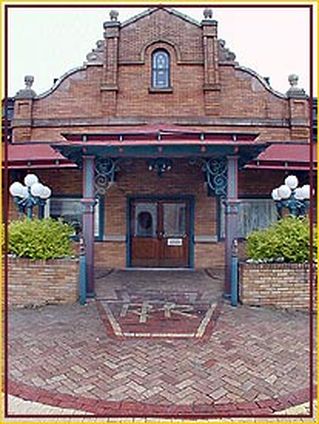 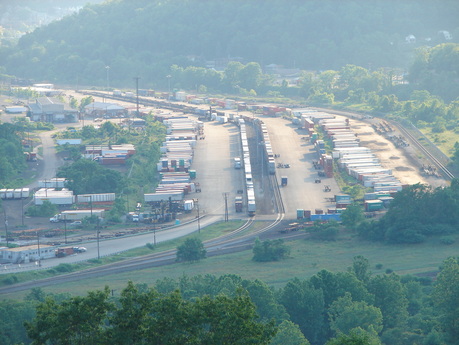 Pitcairn Intermodal Yard Photo - Andy Blenko
Pitcairn is currently home to a modern intermodal yard, but in the early Conrail era (what the PML is based on) it was a large classification yard with two humps. Pitcairn will be the only classification yard on the PML. Trains will originate and terminate in both directions here. Also, locals will be made up here and there will be an Amtrak station here. 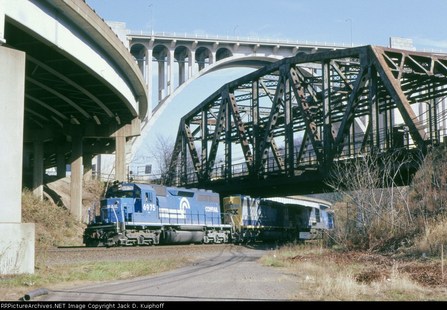 Photo - rrpicturearchives.net
The Turtle Creek Valley has been full of industry over the years. Westinghouse Air Brake, Edgar Thomson Steel Mill, and Westinghouse East Pittsburgh are just a few of the many industries that have called this valley home. The NS mainline, NS Port Perry Branch, CSX and Union run through area which make it a great place for railfanning. There will also be streetcars, a large church, and a business district in Braddock. 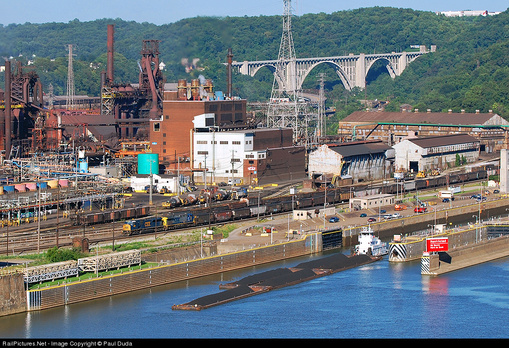 Above is a drawing showing ET Works in 1967. Note that the Baltimore & Ohio Railroad still had a line running through the middle of the plant in that year. It has since been abandoned and removed. 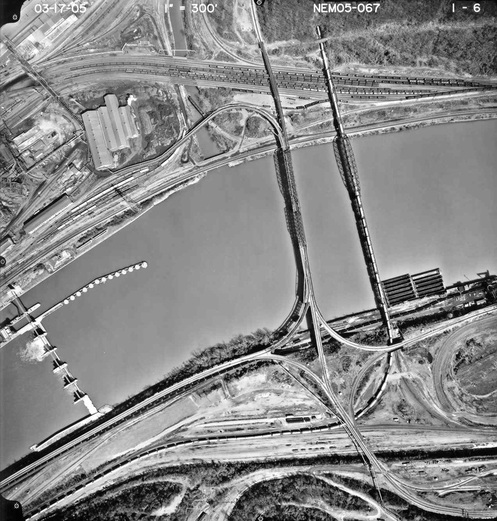 Here is a 2005 aerial view of Port Perry. The bridge to the left is Union and the one on the right is NS (CR, PC, PRR). The PML will include Union's bridge but not the NS one. 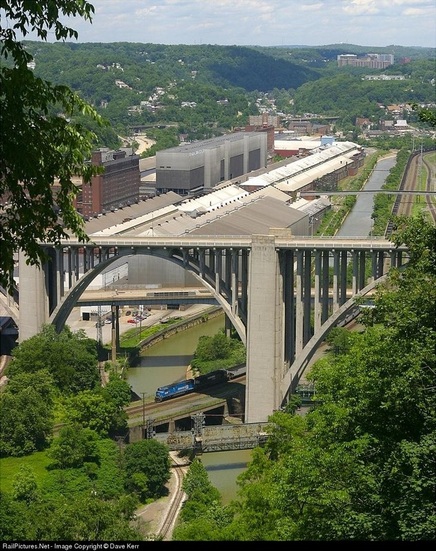 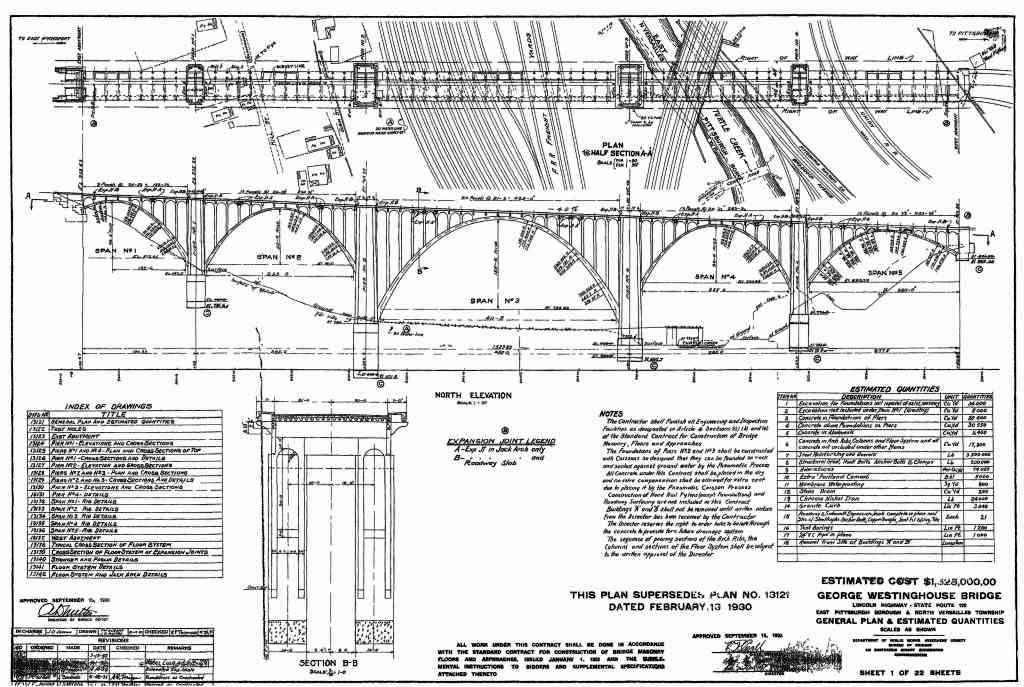 Here is the cover sheet from the plans used to construct the George Westinghouse Bridge, Dated September 15, 1930. The estimated construction cost was $1,628,000. Thanks to Dan Greico for obtaining this historic drawing. 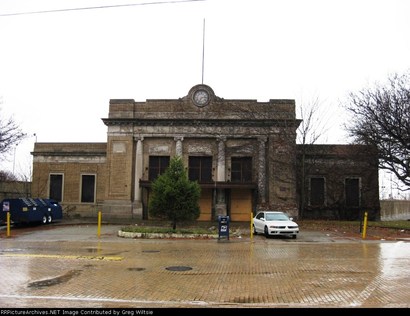 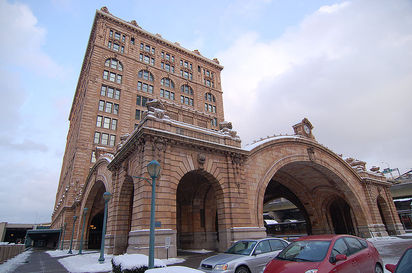 Pittsburgh Station Photo - wikipedia.org
Pittsburgh includes the strip district that is serviced by AVR, the Amtrak station, streetcars, the Fort Wayne bridge over the Allegheny River and a small section of downtown. 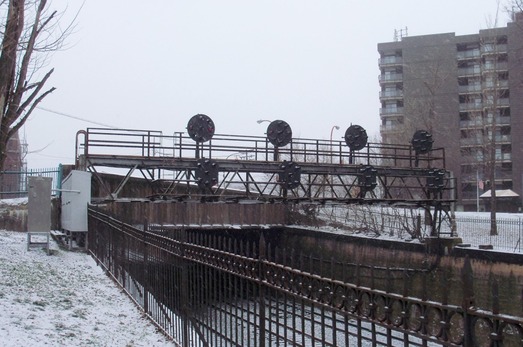 More commonly known for it's sports stadiums, the North side of Pittsburgh is home to Island Avenue Yard. On the PML it will be an intermodal yard. Island Avenue will also include an engine servicing facility, car shops and an interchange with AVR. To disguise the tunnel through the wall to staging we will have the mainline slope down into West Park where the railroad runs through a trench in the middle of the park. 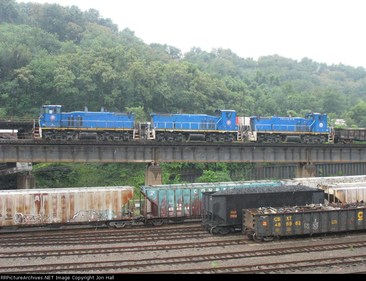 Union in Braddock Photo - Jon Hall
The Union Railroad has been serving the steel industry in Pittsburgh since 1896 Conrail will interchange with Union at Turtle Creek.  Although this connection does not actually exist in the prototype, both Conrail and the Union run parallel through Braddock and Turtle Creek.  An interchange allows the exchange of freight cars bringing raw materials to the Edgar Thomson Works and hauling out steel slabs and slag from the blast furnaces.  Union Railroad will be modeled traveling from ET Works to the Clairton Coke Works and US Steel’s Irvin works where steel slabs are rolled into sheet steel in coils for use in a number of industries.  This extension from Turtle Creek will be on a peninsula with Clairton Coke Works and Irvin Works on opposite sides separated by a view block.  A return loop at the end of the peninsula will provide a slag dump to dispose of slag from the steel mill.  Rich Borkowski’s book on the Union Railroad is a terrific source of information and photos on the much-loved Union Railroad, with its fleet of blue MPDC15 switch engines. 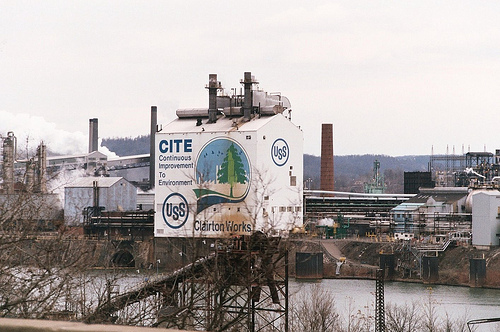 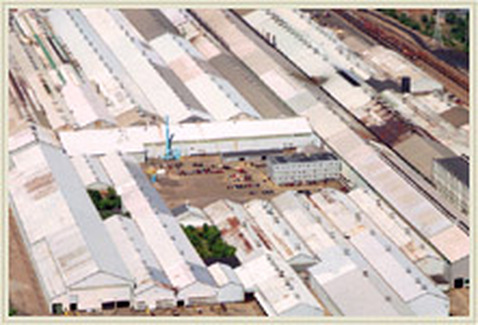 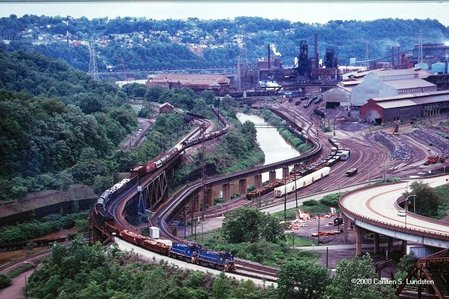 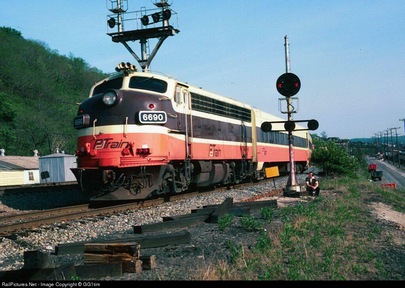 The Patrain Photo - RailPictures.net
The PATrain was a commuter train run by PATransit in the 1980's. It ran on the B&O tracks from Grant Street station in Pittsburgh to Versailles, PA. Ridership declined in the late 80's so it stopped running. Even though it ran on the B&O, it will run on the CR mainline on the PML, mostly because it's an excuse for another passenger train and Andy loves the cream, brown and orange paint scheme!